In her performance Elisabeth von Samsonow refers to Johann Wolfgang Goethe’s concept of a primordial plant, from which originate the maps and shapes of all other plants. This hypothetical plant as the idea of plant-being ressembles a „primordial language“, which is supposed to be the mother of all languages, yet dispersed and shattered all over them in little pieces and relics by which it might be vaguely reconstituted. Elisabeth von Samsonow plays her sculpture PRIMORDIAL PLANT I from her SAMSONOW TRANSPLANT PARASONIC ORCHESTRA and recites basic phonemes and morphemes of German in a way that makes the audience feel like assisting the birth of a language. The enormous exaltation of her recital emphasize that these elements of speech have to work like nuclear material firing the infinite discursice expansion of language over time and space in speech acts, writings and texts. The performative mise-en-scène of the primordial language accompanied by the the sound of the primordial plant unveils the reciprocal influence of respectively speech- and object-based perception, which itself seems to have formed Goethe’s own general perspective of research. The merging of human voice and sound of the primordial plant highlights the closeness between musical and linguistic tones. 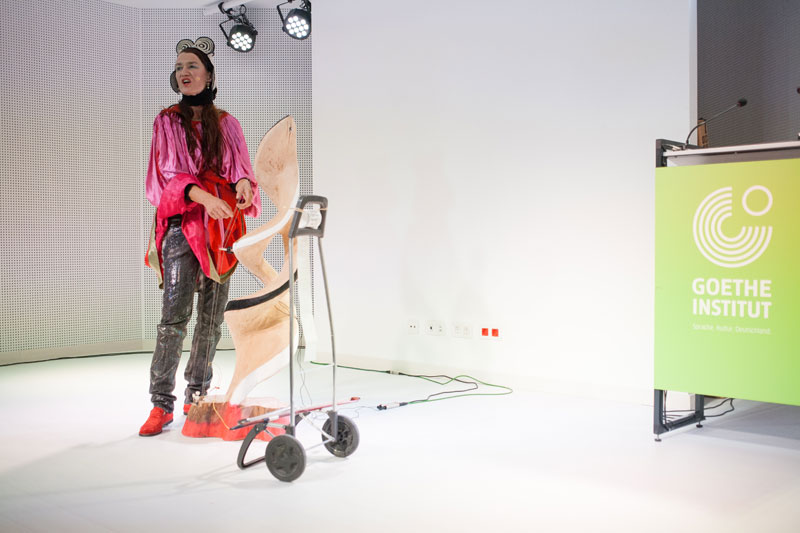