The piece „Persephone“ refers to a kind of territorialized economy, to the circulation of value between wheat and the girl, from where stems a series of further productive equivalences: the one between eating and loving, between loving and purchasing, between purchasing and giving birth, between giving birth and producing, between purchasing and littering, between giving birth and littering. The performance consists in giving a voice to a kykladic idol, this time a sculpture made by the artist, that is placed in a shrine built from wheat. The artists sings an anti-amnetic song as the ventriloquist of the idol in order to recall why territorial (kykladic) money was found in the shape of a girl. 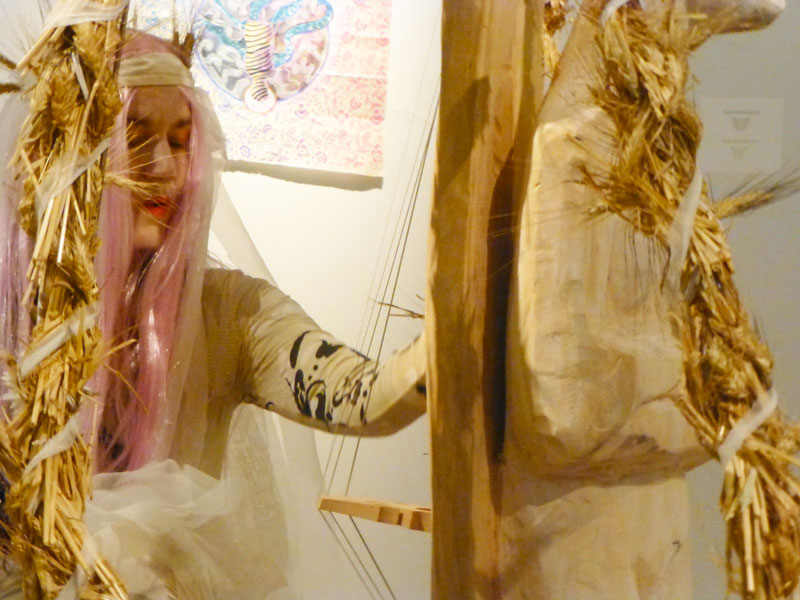 performance Thessaloniki I AM A LIVING MONEY